An annular eclipse is coming to the Western Hemisphere in 2023!

Eclipse2024.org is bringing you all the information you need to enjoy this eclipse safely!

NOTE: You must use ISO certified eye protection AT ALL TIMES, to watch an annular eclipse safely! 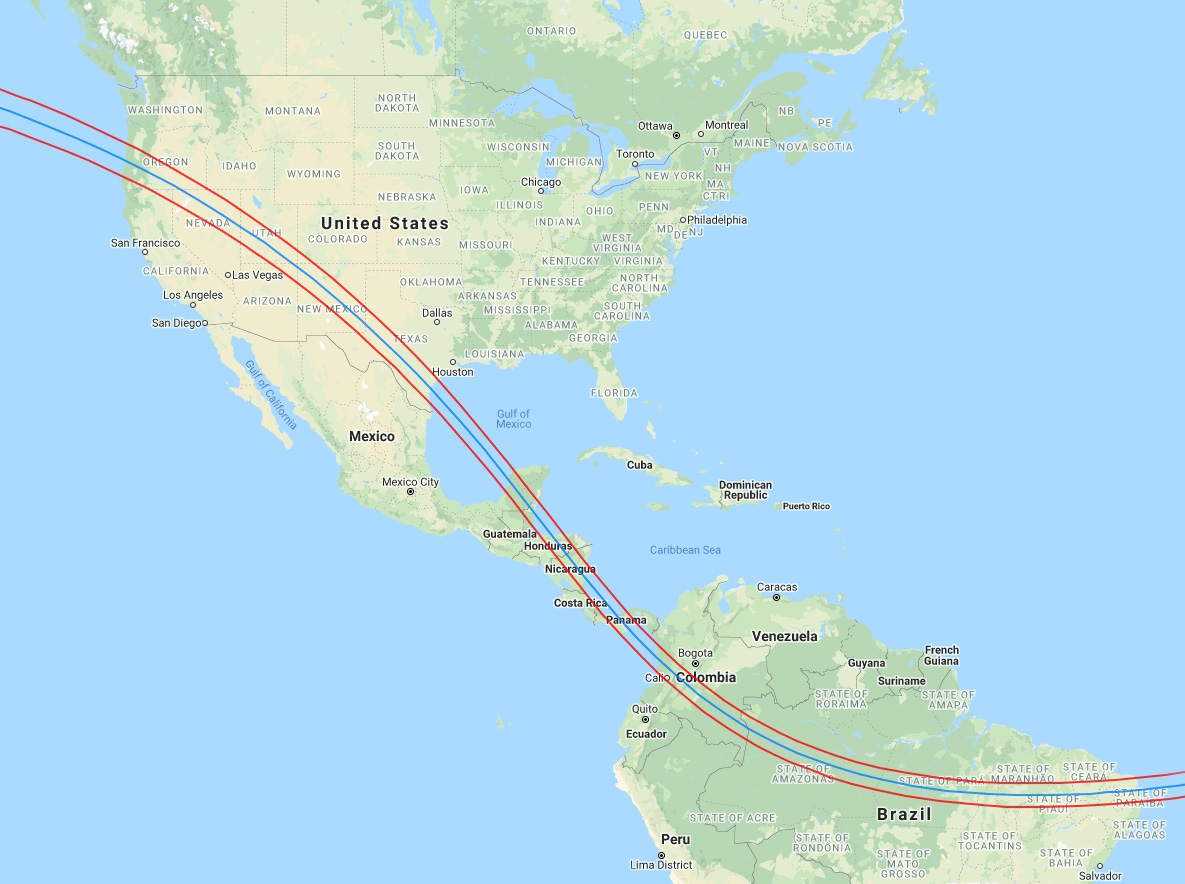 The most important information on our site! Make sure you watch the eclipse SAFELY!

How to get Eclipse Glasses

You're going to need them!

Eclipse times for every city!

Find out what communities are planning for eclipse day!

What will the 2023 annular solar eclipse look like? Find out here!

The 2023 annular eclipse in the Western Hemisphere

Eclipse2024.org will be providing information, community pages, and the full-featured eclipse simulator for the 2023 annular eclipse. This eclipse will be visible in the Western USA, central America and northern South America on October 14, 2023.

We’ve explained a little about what an annular eclipse is on our page about Other Types of Eclipses, but we’ll repeat the important parts again. It’s really important to remember that the word “annular” does NOT mean “annual”! These eclipses don’t happen every year! In this case, “annular” means “ring-shaped”, and it’s too bad that astronomers gave us a name for them that is a bit confusing. It’d be much better if everyone called them “Ring” Eclipses, but we just don’t do that in English.

The annular (“ring-shaped”) eclipse of October 14, 2023 will visit the Western Hemisphere as a warm-up to the great total solar eclipse of April 8, 2024! While annular eclipses aren’t as spectacular as total eclipses, they are a VERY interesting astronomical phenomenon to observe and be a part of.

Unlike a total eclipse, there’s never a time that the entire Sun will be blocked out for an annular eclipse – so you have to have certified eye protection AT ALL TIMES to watch them safely. That’s OK, though! if you get ISO-certified eclipse glasses for one of the eclipses, you’ll be able to use the same glasses for the other eclipses – provided you keep them safely stored, and they don’t become damaged in between eclipses!

What is an annular eclipse?

What does “ring-shaped” mean? Let’s explain what you’ll see, depending on where you are:

First, we all know that everyone makes a big deal about TOTAL eclipses – how you HAVE to be in the PATH of totality, so you can see this thing called “totality”. There’s no doubt that it’s an awesome sight, but annular eclipses don’t have a “totality”. The Moon goes in front of the Sun, for sure – but the Moon is too far away from Earth to cover the whole Sun. The Moon appears just slightly smaller than the Sun, and so no matter where you are, you won’t see all the Sun being blocked out.

If you’re not in the path of a total eclipse, you only see a partial eclipse. That’s it.

But annular eclipses have a “path” as well. It’s just called a “path of annularity”, and we’ll show you what that means in a second. If you’re not in this path, guess what? You ALSO will only see a partial eclipse. That’s right – if you’re not in this path, it doesn’t matter whether it’s an annular or a total eclipse that’s going on somewhere else – you’re only going to see a partial eclipse. In fact, if no one told you what kind of eclipse it was, and you weren’t in the path, you really wouldn’t have any way of knowing whether there were people out there seeing totality or not!

If you ARE in the path of annularity for an annular eclipse, you will see partial phases just like in a total eclipse. The difference is, when the eclipse is as big as it’s going to get, the Sun won’t be completely blocked out. The Moon is too small to cover it all, so you’ll see a ring of sun around the Moon. That’s why it’s called a “ring-shaped” eclipse! 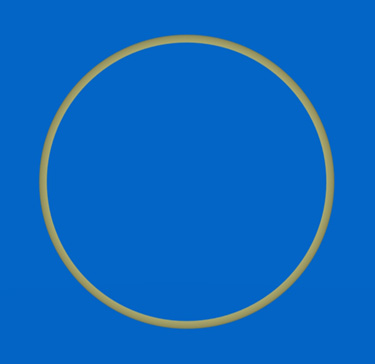 One other point of interest for the 2023 annular eclipse is that if you’re in Eastern Brazil, the Sun will set while it’s being eclipsed. This can be an amazing thing to see! 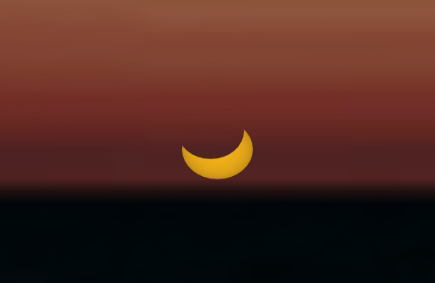 TOTAL eclipse at mid-eclipse, in the path: 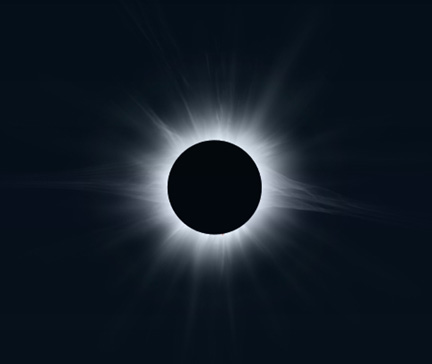 TOTAL eclipse, not in the path:

ANNULAR eclipse at mid-eclipse, in the path: 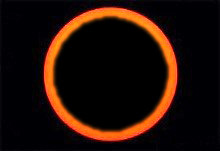 ANNULAR eclipse, not in the path:

More resources for the 2023 annular eclipse from eclipse2024.org

You can visit our pages of 2023 Eclipse Local Circumstances to see eclipse times and an animation of the annular eclipse from your area. Also, the 2023 eclipse simulator will show you what to expect from your location on eclipse day.

Eclipse2024.org also has 2023 Eclipse Community Pages for every city, where we will host your community's eclipse viewing plans FOR FREE!

The most important information on our site! Make sure you watch the eclipse SAFELY!

How to get Eclipse Glasses

You're going to need them!

Eclipse times for every city!

Find out what communities are planning for eclipse day!

What will the 2023 annular solar eclipse look like? Find out here!