The world is coming to North America to see an eclipse!

The “Path of Totality” – how much totality do you get?

A question has come up about the path of totality and the centerline, regarding where the eclipse is total or not total, and how much totality you get in different places.  Here are some facts for you:

The 2024 eclipse is called a “total” eclipse, but you will only see the “total” phase of the eclipse if you are in the “path of totality”. 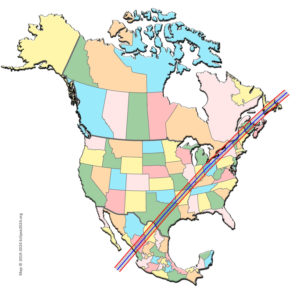 The path of totality runs from western Mexico to Newfoundland

Regardless of where you are in North America, you WILL see at least a partial eclipse.  If you are not in the path, then the eclipse will proceed like this:

(and you MUST use eclipse glasses to watch the ENTIRE ECLIPSE!
NEVER look at the partially-eclipsed Sun without eye protection!)

First, the Moon covers a bit of the Sun: 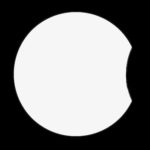 then more and more of the Sun: 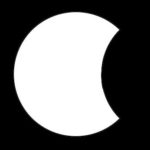 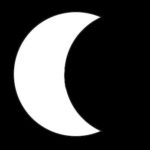 until it hits a maximum point (because the Moon “missed” going over the exact center of the Sun).

Then the Moon moves off the other side of the Sun, and that’s it – the eclipse is over, and you didn’t see totality because you weren’t in the path.  (In fact, the farther away from the path you are, the less “bite” the Moon takes out of the Sun at that maximum point.)

If you are IN the path, you will see totality!

First, you will see all the partial phases leading up to the big moment – just like all those people who weren’t in the path –

(and you ALSO MUST use eclipse glasses to watch all the partial phases;
NEVER look at the partially-eclipsed Sun without eye protection!)

But for you, the Moon will keep covering more and more of the Sun: 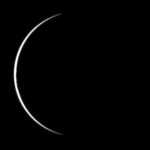 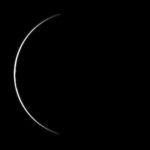 until it covers all of it! 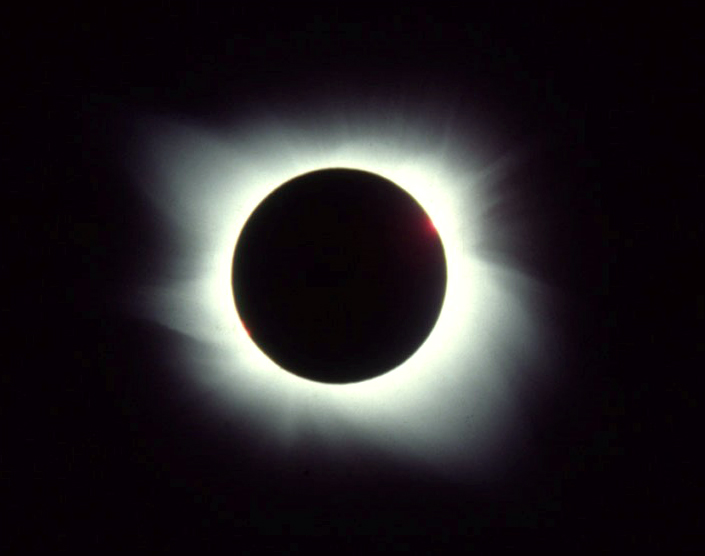 …and it is beautiful!  Take off your eclipse glasses and you can look right at it!  There’s no danger DURING TOTALITY, because the Moon is completely covering the Sun!  (but put them back on the moment totality is over, and the bright Sun bursts into view again!) 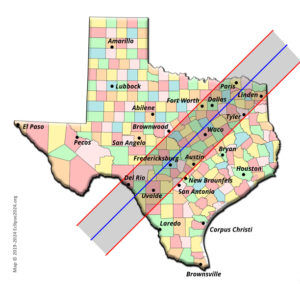 In the map of Texas above, you can see the gray path of totality that runs right through the state.

ANYWHERE in the path, you WILL see totality (Provided the weather is good)!  But why the red and blue lines?

The blue line is called the centerline, and the red lines are called the “northern limit” and “southern limit” of the path (you can figure out which is which!).

Here is a stylized drawing of the path of totality:

Yikes!  The red and blue are opposite from what they were in the Texas map – oh well, the  colors don’t make any difference…

But do you HAVE to be on the centerline??  No – the path is about 70 miles wide, and if you’re within 20 miles of the centerline, you’ll still get lots of totality.  Even if you’re just inside the path at the edges, it’ll still be really cool to see.  Just please don’t be too far outside the path!

One more thing – just to note, different parts of the path have more duration of totality at their centerlines than others.  This has to do with the math of calculating eclipse circumstances, but suffice it to say that on the centerline of the path, you’ll get more duration of totality by being as close as you can to Durango, Mexico.  That area is kind of like ground zero for the entire path… BUT…

If you can’t do that, don’t worry.  The centerline in Newfoundland still gets about 3 full minutes of totality! (In Durango it’s 4 min and 28 sec).  So if you have good weather, and want to watch from Newfoundland, no problem!  The simple rules are: