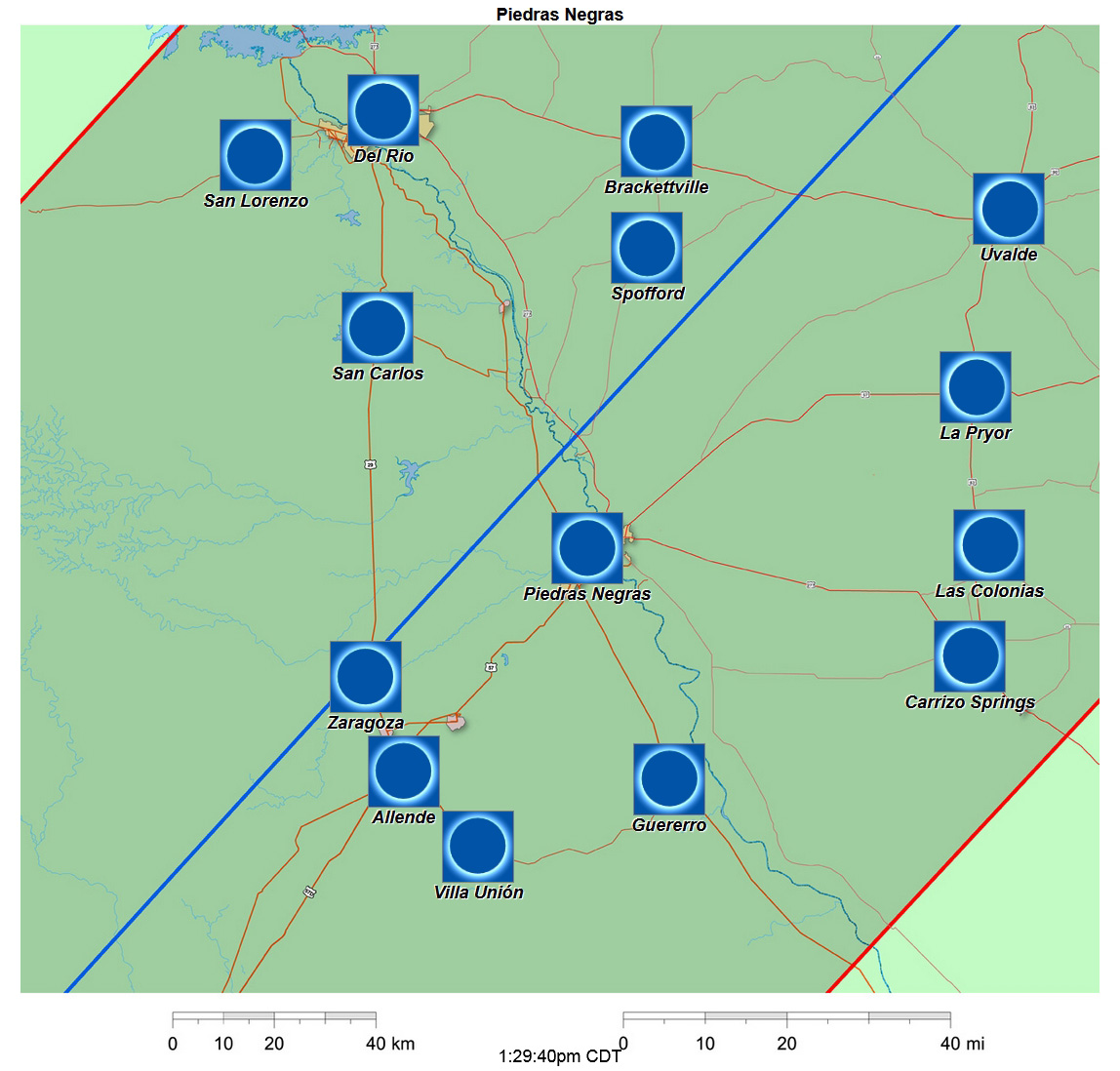 Map of the Piedras Negras area, showing the path of totality in gray.

This blog post will tell you about the 2024 eclipse as seen from the Piedras Negras area in Coahuila. Please check out all the links we’ve provided below to learn more about the 2024 total solar eclipse from other locations.

This blog post will tell you about the 2024 eclipse as seen from the Piedras Negras area in Coahuila. Please check out all the links we’ve provided below to learn more about the 2024 total solar eclipse from other locations.

The Total Eclipse of April 8, 2024 in Piedras Negras

The path of totality reaches the U.S-Mexican border at Piedras Negras. This city is almost exactly on the centerline, so everyone here will be treated to lots of totality! Going to the exact centerline will only give you about three seconds more time in the shadow, so you can safely view the eclipse from anywhere in Piedras Negras.

The eclipse happens at different times in different locations. Use the slider on the map above to show you when totality will happen as the eclipse passes through the Piedras Negras area.

If you do want to squeeze out those few extra seconds, then you’ll want to be as far northeast as you can get, up to the point where road 2 takes its big turn to the North at the Pemex encampment. If you’re on the US side, the centerline crosses US277 at the airport on the radar base northwest of town.

If you’re south of Piedras Negras, then the towns of Morelos and Zaragoza on Calle 29 are good places to watch the eclipse from. But since the entire area is so firmly within the path, you’ll be OK from other locations as well: Sabinas, Guerrero, San Carlos on the Mexican side; and Uvalde and Brackettville in Texas.

If you are in Del Rio or Acuna, you will still see a respectable 3m 24s of totality. But again, if you want to maximize your time in the shadow, better head southeast toward the centerline! 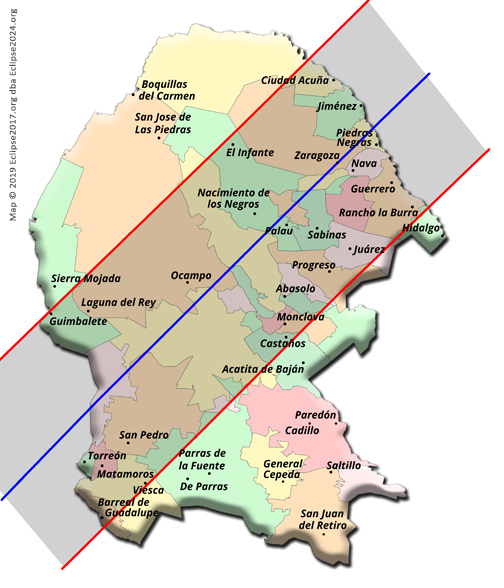 The downtown area will see 4m 24s of totality, so we’d recommend finding a good spot clear of clouds, and enjoy the show!

The big event happens just about 1:27:30pm CDT, and people in the downtown area will see almost four and a half minutes of totality!

(Please note that Coahuila begins Daylight Saving Time on April 7 – the day before the eclipse! Make sure you have your clocks moved ahead an hour to CDT on eclipse day!)

The eclipse happens at different times in different locations. Use the slider on the map above to show you when totality will happen as the eclipse passes through the Piedras Negras / Eagle Pass area.