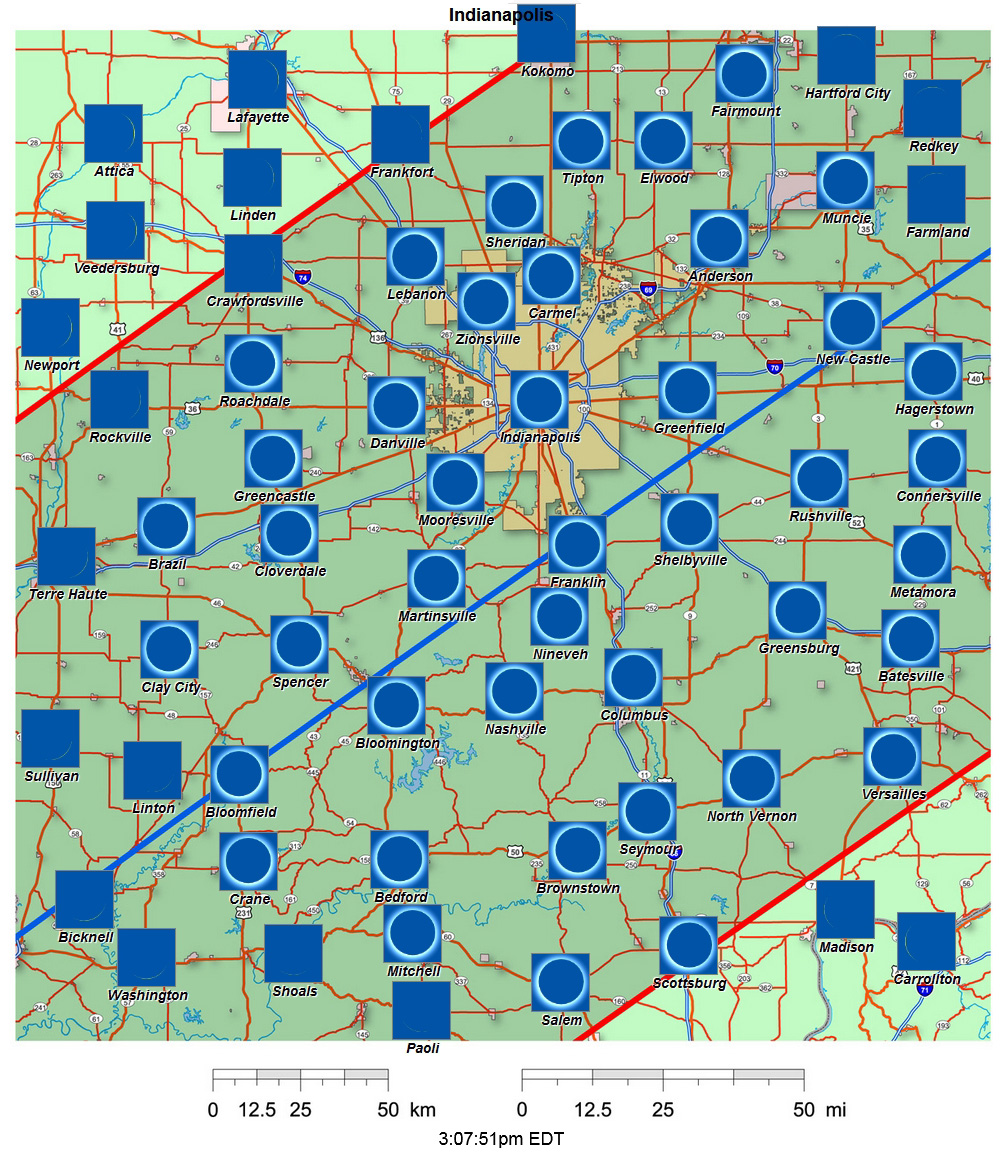 Map of the Indianapolis area, showing the path of totality in gray. 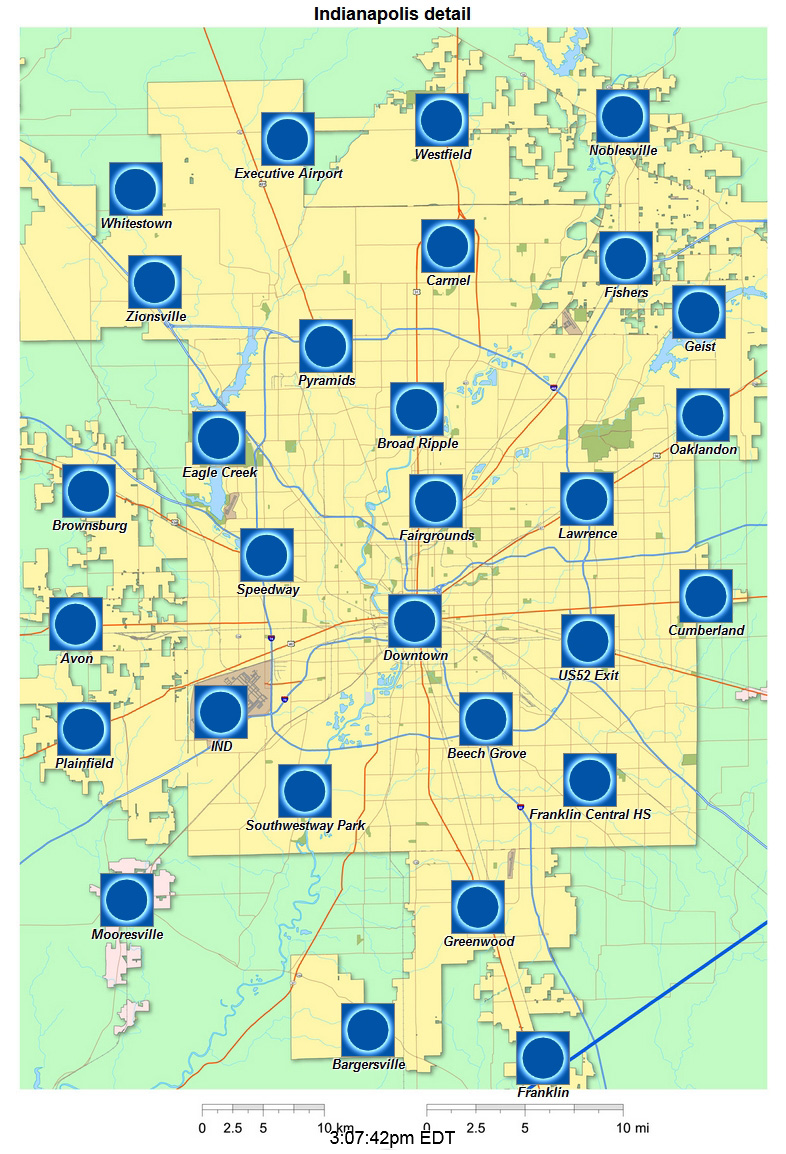 Detailed map of the Indianapolis area. The entire map lies within the path of totality.

This blog post will tell you about the 2024 eclipse as seen from the Indianapolis area in Indiana. Please check out all the links we’ve provided below to learn more about the 2024 total solar eclipse from other locations.

This blog post will tell you about the 2024 eclipse as seen from the Indianapolis area in Indiana. Please check out all the links we’ve provided below to learn more about the 2024 total solar eclipse from other locations.

The Total Eclipse of April 8, 2024 in Indianapolis

Indianapolis is perfectly placed to see totality! Though not right on the centerline, the downtown area will still get a very respectable 3m45s of totality!

The eclipse happens at different times in different locations. Use the slider on the maps above to show you when totality will happen as the eclipse passes through the Indianapolis area.

Because of Indianapolis’ location in the path, and the size of the metro area, it’s very important to understand that the farther south you go, the more totality you’ll see. So for example, Zionsville gets 3m20s of totality. Speedway gets about 3m40s, and Beech Grove gets almost four minutes!

You almost can’t go wrong anywhere you choose in Central Indiana. All the suburbs in the doughnut counties are good, though Lebanon only gets a bit more than two and a half minutes in the shadow. From Anderson to Greencastle, Noblesville, Carmel, Muncie, Avon and Plainfield, every major area is perfectly placed to see totality!

Closer to the centerline, Greenfield will see just under four minutes of totality – as will New Palestine, Shelbyville, Greenwood and Martinsville.

To get the absolute most totality possible, you’ll need to be at the centerline of the path. That centerline in the area passes from Vincennes through Bloomfield, to Bloomington and Franklin, then on to Morristown, Knightstown, New Castle and Winchester. These cities all get almost four minutes of totality or more! 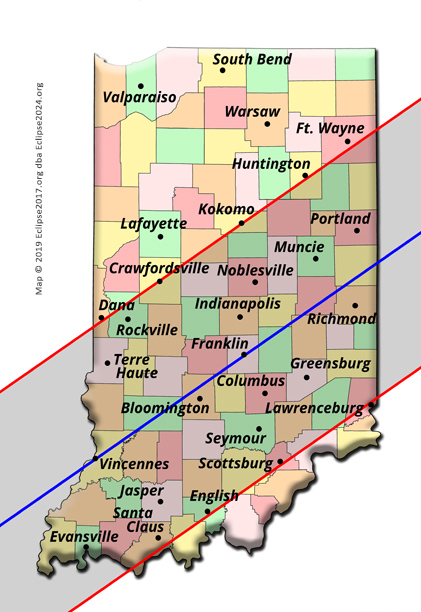 Because Central Indiana is so well situated, you almost can’t go wrong anywhere you choose. In other parts of Indiana, you’ll want to be north of a line from Santa Claus through Scottsburg, to Lawrenceburg. Seymour, Bedford, Washington, Jasper, Greensburg, Terre Haute and Brookville are very well-placed to get more than three minutes of totality!

Lafayette and Purdue University are unfortunately not in the path. Neither are South Bend or Notre Dame.

Indianapolis is an excellent place to see totality!

The big event happens just after 3:06pm EDT, and people in the downtown area will see about 3m 45s of totality.

The eclipse happens at different times in different locations. Use the slider on the maps above to show you when totality will happen as the eclipse passes through the Indianapolis area.