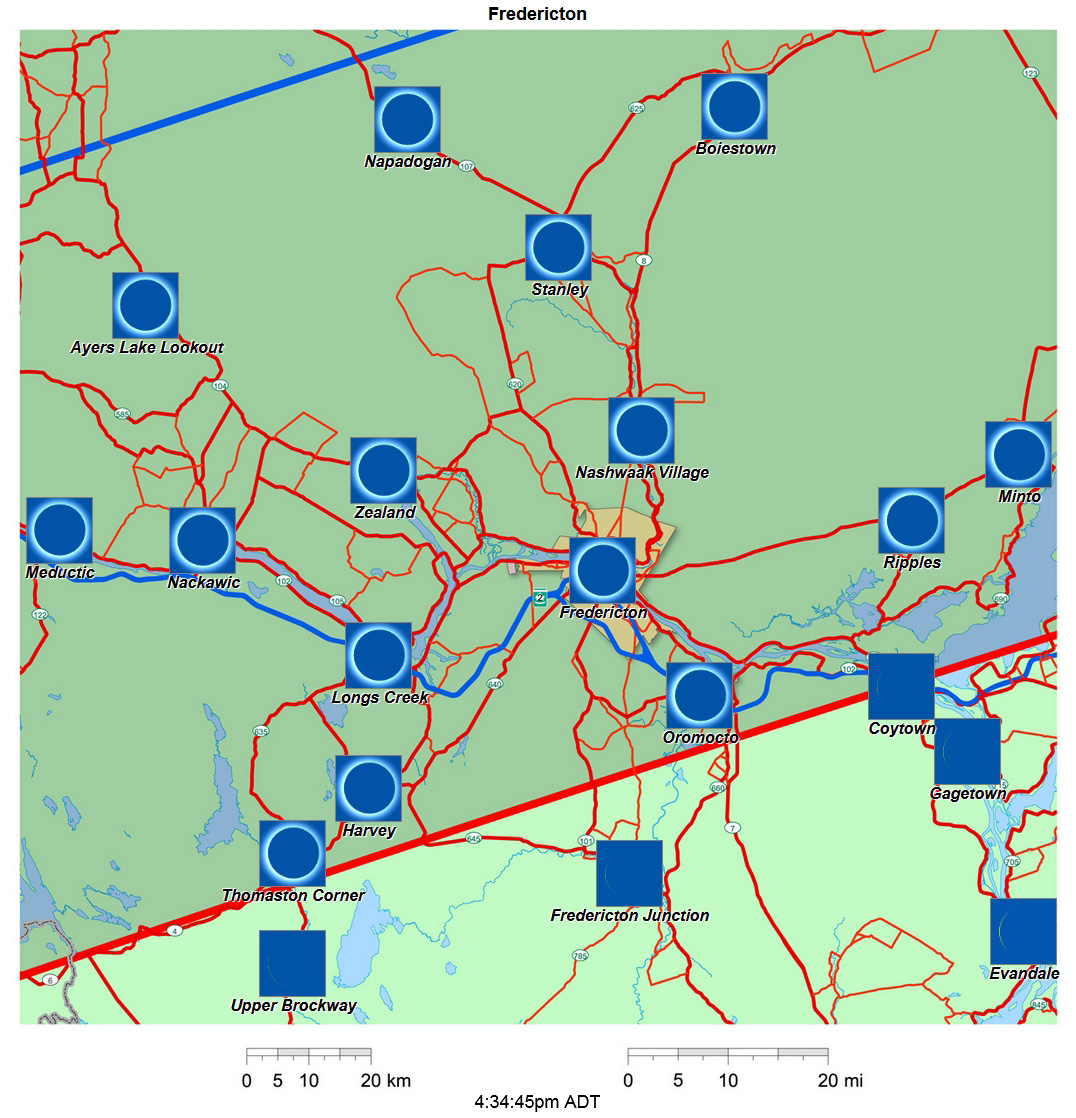 Map of the Fredericton area, showing the path of totality in gray.

This blog post will tell you about the 2024 eclipse as seen from the Fredericton area in New Brunswick. Please check out all the links we’ve provided below to learn more about the 2024 total solar eclipse from other locations.

This blog post will tell you about the 2024 eclipse as seen from the Fredericton area in New Brunswick. Please check out all the links we’ve provided below to learn more about the 2024 total solar eclipse from other locations.

The Total Eclipse of April 8, 2024 in Fredericton

Though not as deep into the path as we’d like, the downtown area will still get a very respectable 2m15s of totality!

The eclipse happens at different times in different locations. Use the slider on the map above to show you when totality will happen as the eclipse passes through the Fredericton area.

Because of Fredericton’s location in the path, it’s very important to understand that the farther north and west you go, the more totality you’ll see. So for example, the airport will only see a minute and a half of totality. Across the river, at the intersection of 105 and Ring Rd, you’ll be in the shadow for almost two and a half minutes. That’s a huge difference, just based on your location within the city!

If you’re south of town, please note that Oromcto only gets about a minute of totality. If you’re much farther south than that, you won’t be in the path at all. You’ll do much better to head north on 148 or 104. The centerline on 104 is about 5km north of Hartland (which sees almost three and a half minutes of totality), and on 107 near Miramichi Lake (which gets 3m20s). The challenge will be finding a suitable viewing place; it’s not safe to simply stop by the side of the road and get out of your car!

Hartland may offer good locations for viewing, and you won’t lose much at all in the way of totality by only being slightly south of the centerline. 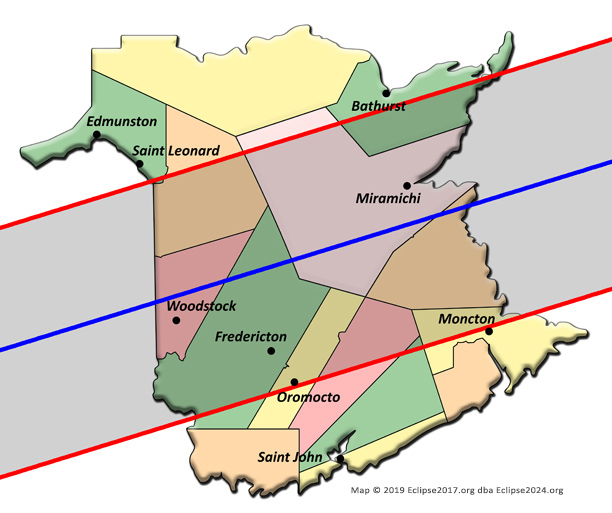 Because of Fredericton’s great location in the path, we'd recommend you find a safe spot to watch, and enjoy totality!

The big event happens just before 4:34pm ADT, and people in the downtown area will see about 2m 15s of totality.

The eclipse happens at different times in different locations. Use the slider on the map above to show you when totality will happen as the eclipse passes through the Fredericton area.