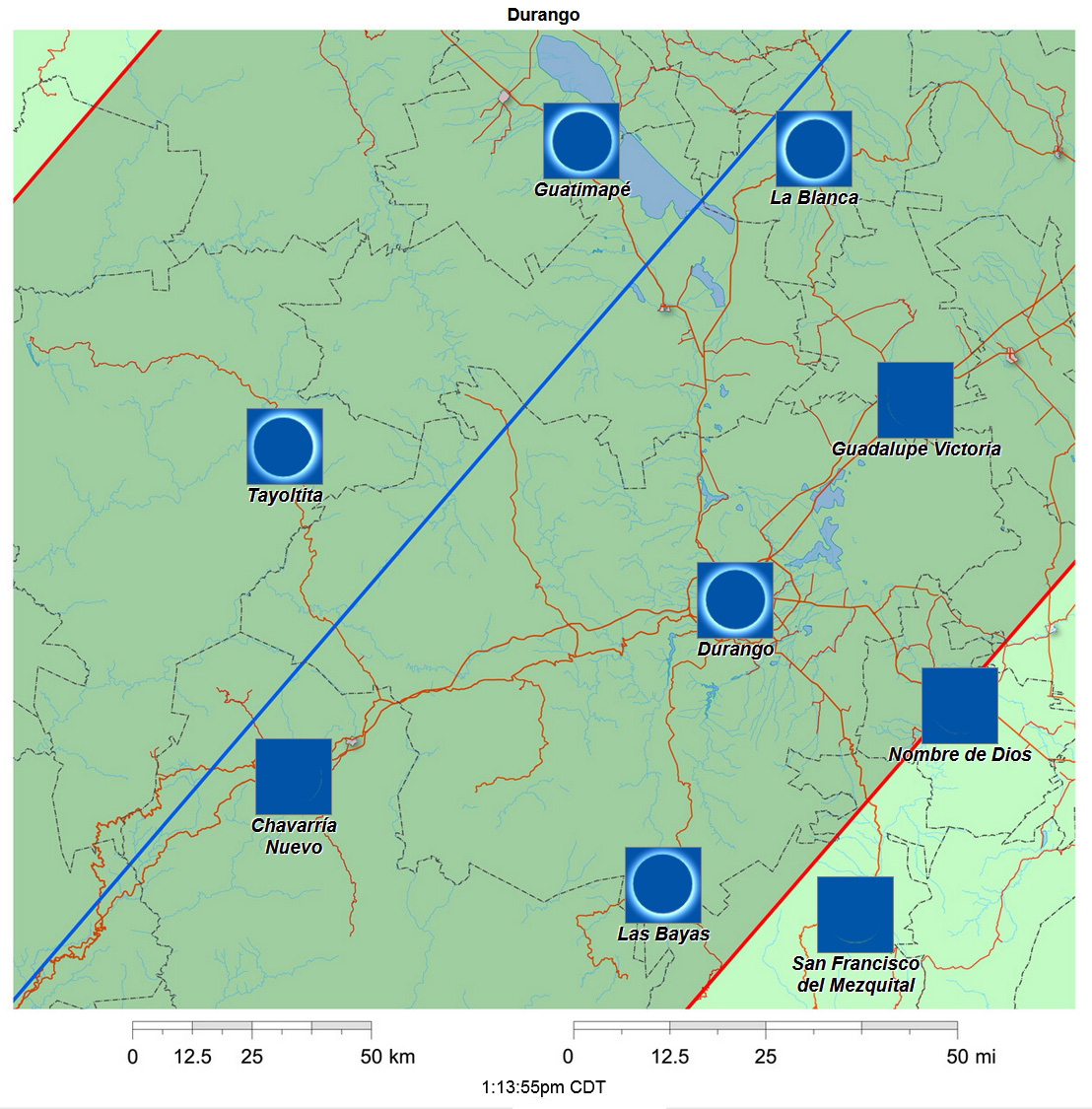 Map of the Durango area, showing the path of totality in gray

This blog post will tell you about the 2024 eclipse as seen from the Durango area in Durango, Mexico. Please check out all the links we’ve provided below to learn more about the 2024 total solar eclipse from other locations.

This blog post will tell you about the 2024 eclipse as seen from the Durango area in Durango, Mexico. Please check out all the links we’ve provided below to learn more about the 2024 total solar eclipse from other locations.

As totality moves through Mexico toward the northeast, Durango is the next major city in the path. Durango lies almost halfway between the centerline and the southern edge of the path. This means that the farther northwest you go, the more totality you will see.

At the intersection of roads 45 and 40D on the north side of town, totality will last about 3m 56s. While on the southeast side of the city, where road 23 crosses the river, you would see only 3m 33s. An extra 23 seconds of totality might not seem like very much, but on eclipse day you will be very glad to get as much time in the shadow as possible!

Make sure not to be too far southeast of the city, either: On road 45, the limit of totality lies at about the town of Nombre de Dios. La Colorada also lies on the southern limit. But heading west on 45, you’ll get a lot more time in the shadow by getting to Guadalupe Aguilera (4m 23s!). If you can go even farther north on road 23 from there, then the centerline lies just beyond the town of Canatlán. That city itself will get three more seconds than in Aguilera. There are plenty of great places you should be able to watch the eclipse from! 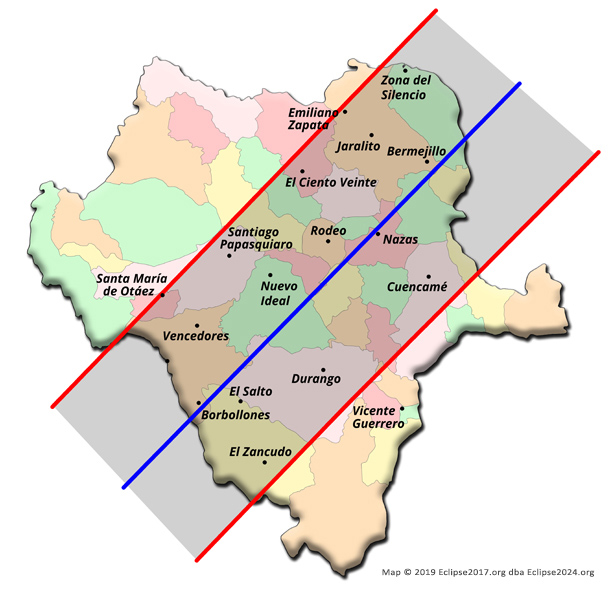 Because Durango is so well situated, if you leave town you’re only going to get less time in the shadow. If you have to escape clouds, then see the map above for other great options. There are plenty of great places you should be able to watch the eclipse from!

Durango is very well-placed, and will be an excellent place to see totality!

The total eclipse begins at about 1:12pm CDT, and people in the downtown area will see about 3m 46s of totality.

Please note that Durango begins Daylight Saving Time on April 7 – the day before the eclipse! Make sure you have your clocks moved ahead an hour to CDT on eclipse day!