They cross in the heartland!

In 2017, many people were enthralled with the fact that, after so many years without total eclipses, the mainland US would be getting TWO in the space of less than seven years!

It just makes sense that if two eclipse paths are going to both cross the US, there must be a very lucky spot that will get to see BOTH of them!! WOW! People living there will not have to travel at all to see either eclipse! (And I've gone all the way to India just to see 52 seconds of totality!) Talk about luck.

And of course, many die-hard eclipse chasers are wanting to go to that location, so they can say they've seen two eclipses from the same location. This actually isn't a very tough thing to do in one's lifetime, but those intersection points generally happen to lie in far-off, out-of-the-way locations – if not in the ocean! (The 2006 and 1999 total eclipses were both visible from a location in central Turkey, for example.) This intersection point happens to lie in the WAY FAR out-of-the-way spot of…Southern Illinois.

Actually, to be fair, the overlap of the paths of totality of these two eclipses lies in three states: Illinois, Missouri, and Kentucky. Here is a map that shows you the quasi-parallelogrammatical (is that a word?) region that, if you're in it, you get to see eclipses on two different dates: 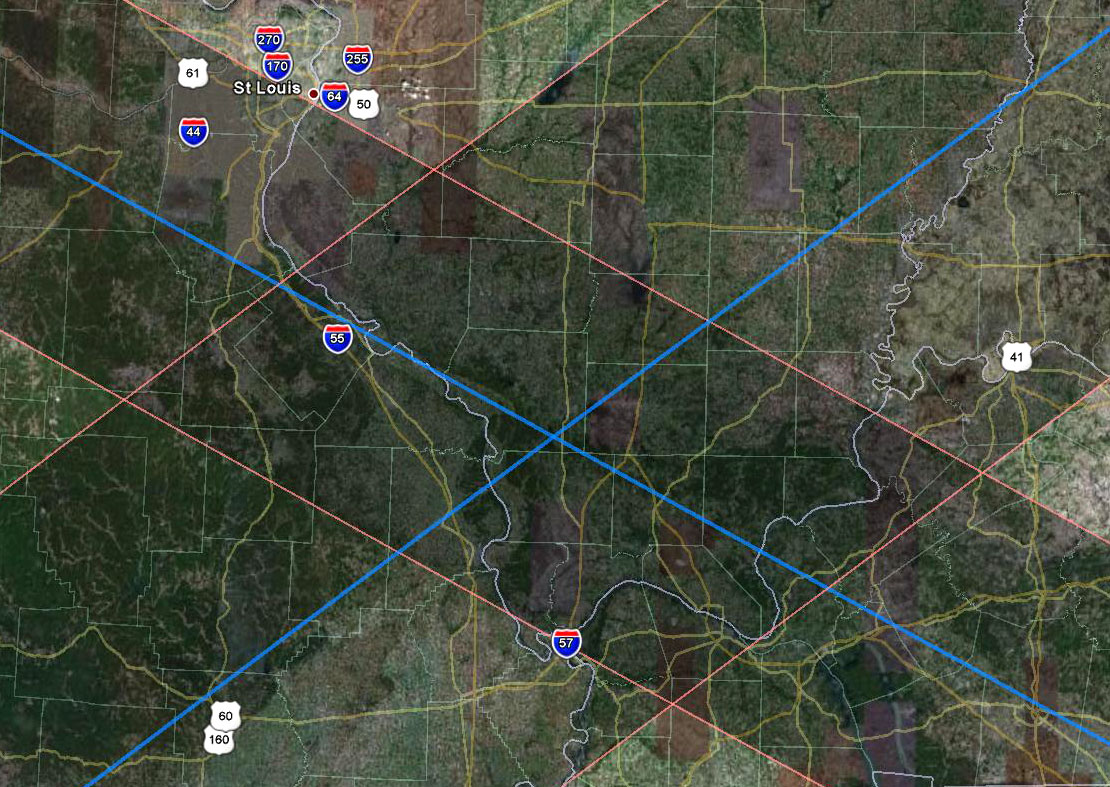 And here's a closer view: 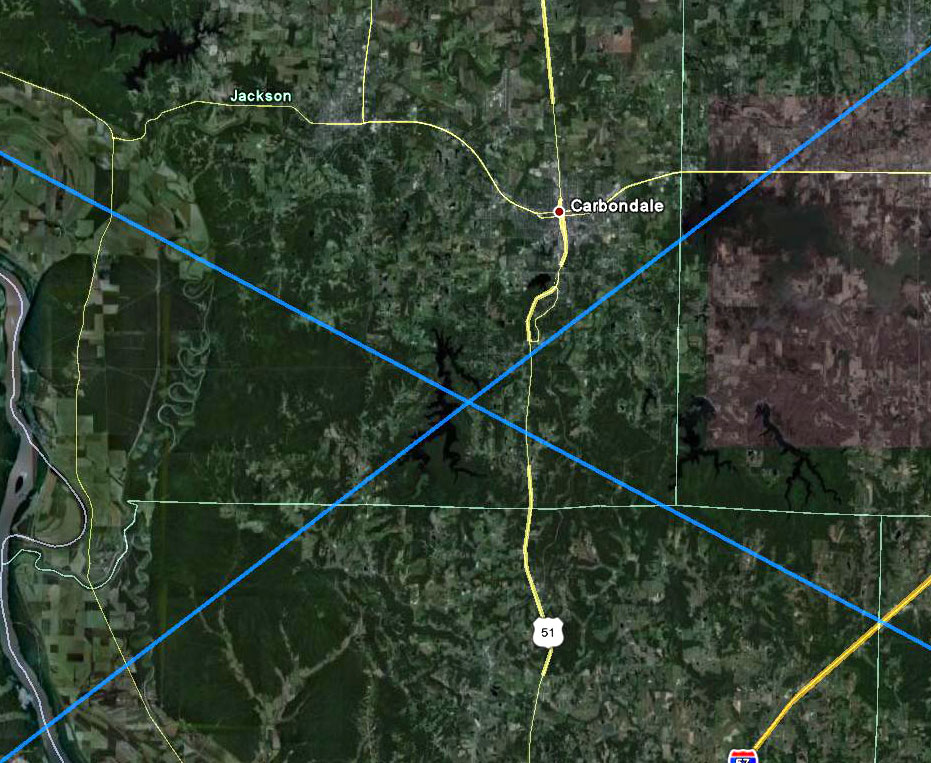 Here is a little more information on these two eclipses from the point of intersection of the centerlines (where the blue lines cross):

2m40s of totality, with the sun 64 degrees up in the sky just slightly west of south!

4m9s of totality, with the sun 57 degrees up in the sky just a little bit more west of south!

That's truly amazing. From this point, both eclipses happen at almost the same time of day, with the sun in almost the same spot in the sky. Of course, good weather will be needed to see both eclipses, but LOTS of people are going to try to get to this very special spot. (Will we be there? Probably not. As cool a thing as this would be to do, the 2024 eclipse goes right over our home base in Indiana, and so weather permitting, that's where we'll be.)

So what's exactly at this very special spot? Not much out of the ordinary. But as of the time this was originally written in 2009, the kind folks of Carbondale, IL (not to mention Makanda and Pomona) had absolutely no idea what lies in store for them over the next few years! (Hint - they do now!!)

But how bad would it be to be somewhere that's right outside this region? There are localities that are only three to four miles outside both paths, and for those places, to be so close to such a special place on earth, and not get to go to the dance…well, let's just hope that residents there pack up and position themselves a little more favorably!

Remember, you HAVE to be in the path of totality, to see totality!