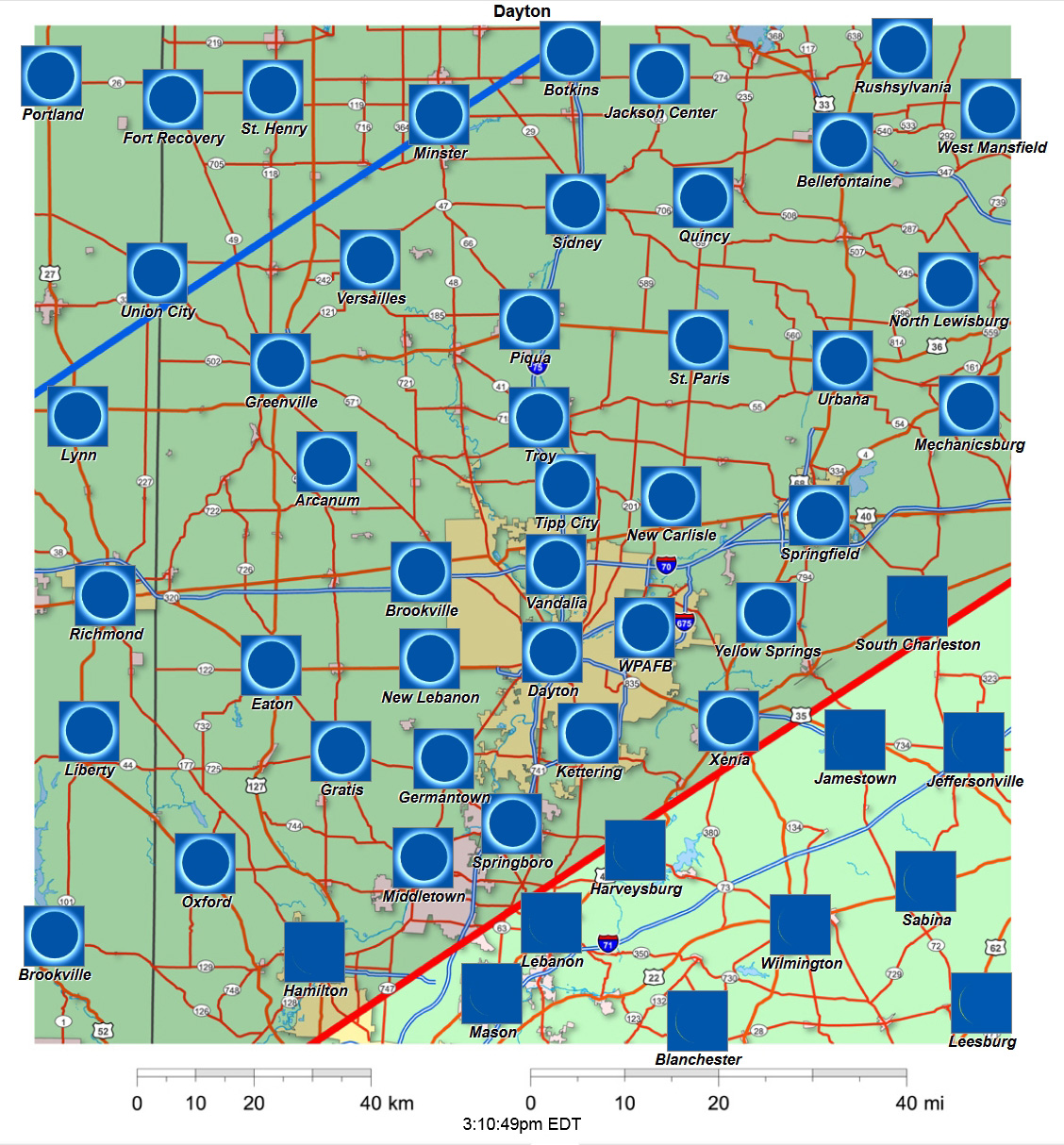 Map of the Dayton area, showing the path of totality in gray

Dayton is very well-placed to see totality! Though not as deep into the path as we’d like, if weather permits, folks there will enjoy a beautiful view on eclipse day. The downtown area will see a very respectable 2m 44s of totality. We recommend simply finding a good spot clear of clouds, and enjoy the show.

Because of Dayton’s location in the path, it’s very important to understand that the farther north and west you go, the more totality you’ll see. So for example, in Xenia, totality will last about 1m 20s. Wright-Patterson AFB will get a bit more than two and a half minutes, while the main civilian airport (DAY) will get 3m 17s! That’s a huge difference, just based on your location within the city!

If you’re east of town, Springfield is also just inside the path! And if you want to get to the centerline, then you’ll want to travel north on I-75 between Sidney and Wapakoneta, or northwest to Greenville. These towns will get just under four minutes in the shadow, and you don’t lose more than a second or two of totality by not making it those extra few miles to the centerline. 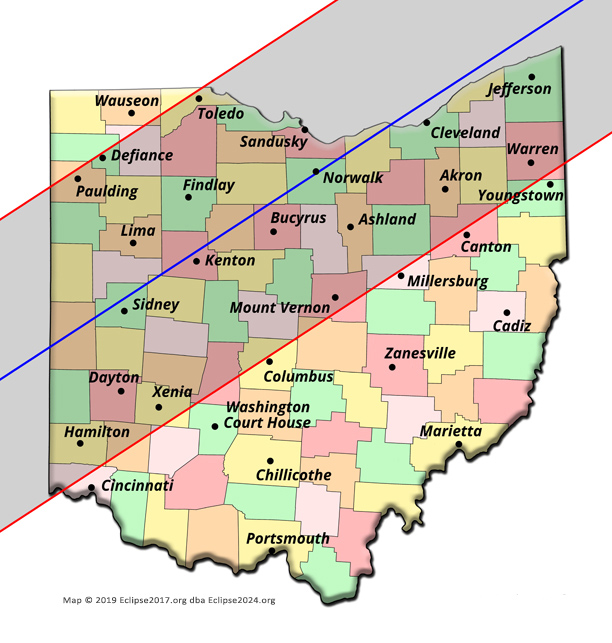 Dayton is well situated to see the eclipse. Enjoy totality!

If you have to escape clouds, we have blog posts written for Cincinnati and Columbus, if you’d like more info on viewing prospects for those locations. But in Dayton, you’re closer to the centerline than anyone in those bigger cities!

The big event happens just after 3:09pm EDT, and people in the downtown area will see about 2m 44s of totality.

The eclipse happens at different times in different locations. Use the slider on the map above to show you when totality will happen as the eclipse passes through the Dayton area.