Now you know what we were talking about!

So many people experienced the total eclipse on August 21, 2017! The weather throughout most of the country was great, and hundreds of thousands of people took the advice of every eclipse chaser, and got themselves into the path on eclipse day!

If you’re one of those lucky people, then you know we weren’t kidding when we advised everyone to take the day off and get into the path. And now, we’re asking you to do it again on April 8, 2024 – but this time, maybe bring a few dozen friends with you! 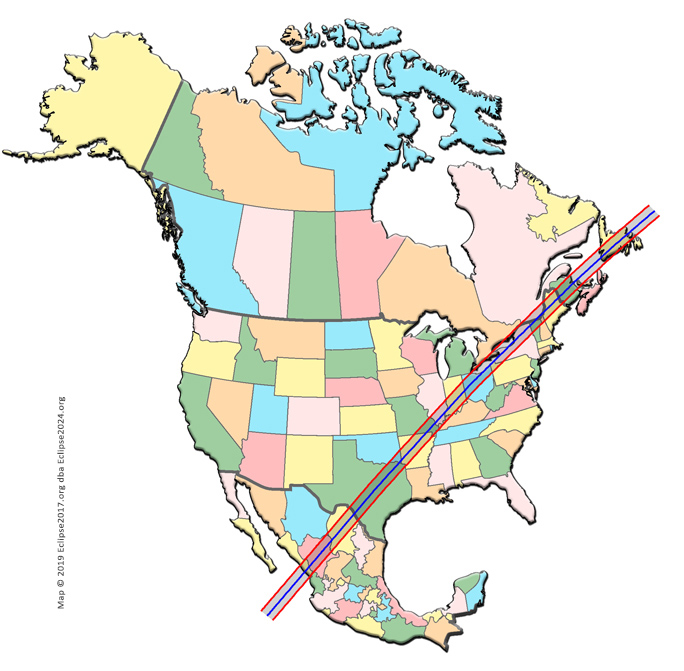 The eclipse in 2024 will pass through a much different slice of North America. Except for Southern Illinois, Southeastern Missouri and Western Kentucky, everyone in the path of totality for 2024 was NOT in it for 2017 (unless they traveled to get there – as we hope everyone will!). This eclipse is longer in duration (so the sky should get even darker than it did in 2017), and it passes over or close to many more very large cities – like Mazatlan, Durango, San Antonio, Dallas, Little Rock, Indianapolis, Cleveland, Buffalo, Syracuse, Montreal, Fredericton, and MORE!

How can you pass up an opportunity like this, to see totality a second time? If you miss this one in 2024, the next “easy” eclipse in North America isn’t until 2045! – so make plans today to get yourself into the path!

The only thing better than having seen a total solar eclipse is … seeing another one!